A photograph taken by Rubén Albarrán Beltrán of the stretch of Mercaderes has been selected as the best of the Encierro in 2018.  David González del Campo wins second place with a photo of the “callejón” or tunnel entering the bullring.

A total of 23 photographers who are accredited and are from different  sources and countries have participated with 64 images in this competition that captures each stretch of the Encierro.

Rubén Albarrán Beltrán has won first prize in the IX CIFE International Competitión of Photography of the Encierro for accredited professionals with his shot in the stretch of Mercaderes. In second place, a photograph taken in the stretch of the “callejón” by David González del Campo.

The competition that is organized by the Oficina Internacional de Prensa and by the Association of Journalists of Navarra presented 64 snapshots that capture different moments of the Encierros of 2018.  The winning photograph by Rubén Albarrán Beltrán is by a professional photographer from Yunquera de Henares (Guadalajara) and a visitor to Sanfermines for the last 20 years. This first prize consists of 1,000 euros and a cobblestone from the Encierro as a trophy.  The second prize is of 500 euros.

During the press conference that officially presented the OIP 2019 on July 2, the president of the Association of Journalists of Navarra, Patxi Pérez revealed the names of the winners of the competition with the exception of the stretch, “Estafeta Primera”, which was not awarded a prize.

Five other special prizes were given out to the following professionals:  Alejandro Miguel Simón, Miguel Fernández Malumbres, Javier Mutilva, Fernando Pidal and José Ángel Ayerra. Each of these winners will receive a trophy (a piece of wood taken from a post of the barriers of the Encierro as well as a magnum bottle 150 Anniversary of Bodegas Chivite) from the sponsors of the competition.

The jury of the 9th edition of the CIFE was formed by José Luis Pujol or Beatriz Arbona, Jorge Goicoechea, Xabier Aldaz and the Treasurer of the Association of Journalists of Navarra, Miguel Moreno.

The 64 shots can be seen in Baluarte or in the offices of the International Press Office.  Later, the exhibit will be taken to the Palacio del Condestable where the photos will remain from July 20 until August 20.

The awards ceremony will be held on July 11th at 11:00 in Maisonave Hotel, Calle Nueva 20. 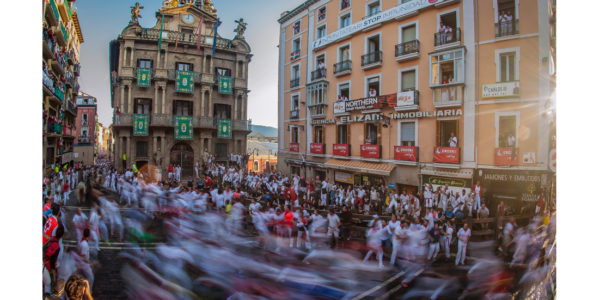 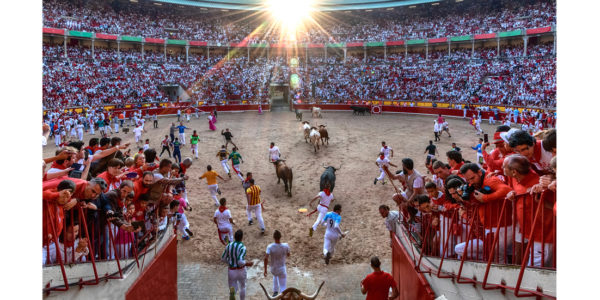